You are here: Home / Blog / What Makes a Good Business Leader?

Ancient Romans had a saying “a leader who is a lion will make his recruits into lions as well.” What this means is that a true leader should never ask his troops to do more than he alone is willing or able to do. First of all, this rule does not apply only to warfare alone but to world of modern business as well. A world of business is nothing short of a battlefield and this is where a great leader really has an opportunity to shine. However, one question still remains, what is it that makes a great leader? It is nearly impossible to give a straight answer to a question like this but there are few personal traits that most people will agree are crucial in leadership.

First thing on the menu is definitely going to be optimism. An optimistic person has a significant chance of inspiring optimism in others. Being optimistic even in the darkest hour will always help you keep your head cool. Some may think that this trait is not so significant for proper leadership but it is hard for to imagine anything more important than being able to see the bigger picture even in the moment of crisis. You would be surprised just how much can be salvaged by remaining levelheaded when it is necessary.

A dog-eat dog world of modern business is highly hostile and volatile place at the same time. Due to its ever shifting nature a good (if not great) intellect is required for one to be able to succeed. Also, since this economic battlefield is often easier dominated through trick and deception than through blunt moves and brute force, it doesn’t take a rocket scientist to figure out the importance of intellect in this field.

Although optimism might be a huge deal for a leader, blind optimism is more often than not a counterproductive thing. Being realistic about your possibilities is probably the single most important trait that a leader should have. This will allow you to evaluate your work and advancement properly as well as to exactly pinpoint your strengths and weaknesses as a leader. Having this power of insight will keep your vanity at bay and often prevent you from making some easily avoidable mistakes.

Another thing that is vital for you as a leader is to establish yourself as a figure of authority. It is always better for your employees to love you than to hate you however becoming too familiar with them might encourage them to try and take advantage of you. The most important thing here is to keep a professional aura around you and to simply radiate authority. Being able to command respect from others is not a notion that should be trifled with.

Easiest way to transform yourself into a person of authority is by becoming visibly self-confident. This move is actually great for several different reasons, because this way you will not only gain authority but also inspire the aforementioned optimism. The question however remains of how to become more self-confident. The answer is quite obvious: through knowledge. By enlisting on a leadership training course, you will not only learn some tips and tricks on how to be a better leader but also gain a specific guidance that will evoke more confidence in you.

We already listed pretty straightforward set of traits that a leader should have, however if we had to choose one that is an absolute paramount it would have to be the ability to efficiently communicate. Two most important duties of a leader are to coordinate and supervise. This means that a great leader often rather listens than he speaks. From the very beginning you need to emphasize to your employees that if there is any problem whatsoever, you are the first person they should come to for aid or guidance. Let them know that you are their safety net.

When the going gets tough, the tough get going says the popular proverb, however not everything in life is about being tough. Sometimes you need a different approach, you need to try something no one has ever tried before. In the moments of crisis, the solution often lies in thinking outside of a box. Because this is not something that everyone has, it is what usually separates the best from the rest.

Eventually, there are only two criteria that determine what a great leader is. These two things are the opinions of his or hers subordinates and the results he or she achieves. All of these skills are nothing more than a list of traits that might help you get there. Just remember one thing, a true leader is never born as such, a true leader is made through hard work and perseverance. 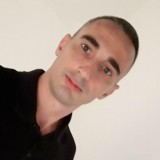 When you’re perusing the newest offer of liquid containers, you should primarily focus on the value and quality of the products. The advancements in manufacturing technology, design, and coating and field construction methods have made many old models obsolete. On the other hand, the new ones are taking the market by the storm in terms […]

Mortgage loan does not have to take 30 years to pay off. You have the control over how much money you can send into your mortgage lender. Paying off your mortgage early will shave years off your home loan and save tens of thousands of dollars in interest charges. There are some strategies you can […]